Our Story and Our Values

Day by day we process and think about our wines in terms of the values we have always held: respect for nature, a balance between tradition and innovation, the valorization of art and the work ethic. 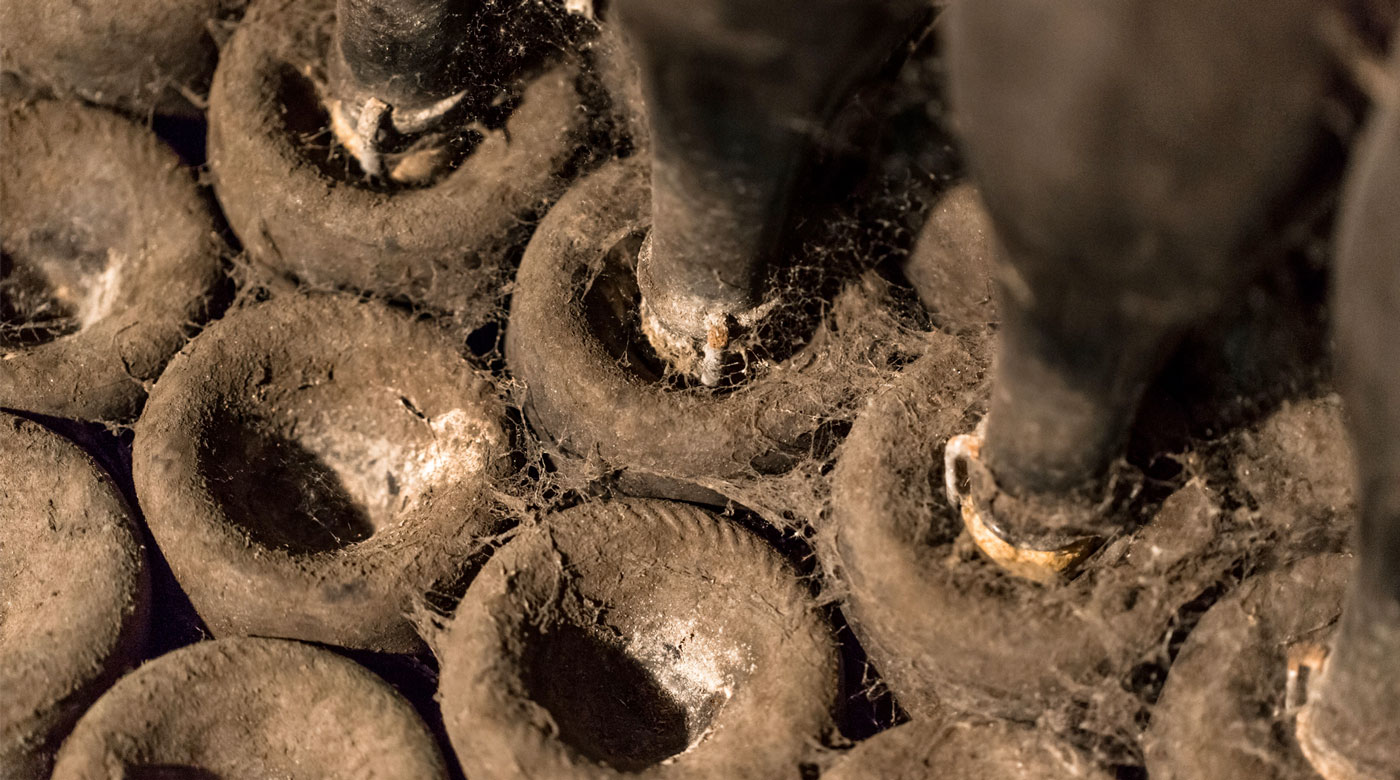 Ideas, intuitions and visionary projects have marked our history from the first harvests to today. Each milestone evokes a memory.

The story begins when Annamaria Clementi Zanella, Maurizio’s mother, buys “Ca’ del Bosc”, a modest house in the hills of Erbusco with two hectares of land surrounded by thick oak and chestnut woods. She was a constant source of inspiration to her son Maurizio. She passed in 2014.

Antonio Gandossi, the manager of Ca’ del Bosco, personally plants the first vineyards, including the high-density (10,000 vines per hectare) ones, which were an innovation for Italy. He tended the winery’s vineyards until his death, in 2011.

The first year of production for Rosso di Franciacorta.

Crémant spumante is produced, to be marketed in 1980.

Maurizio Zanella, still wet behind the ears, convinces the chef de cave André Dubois of the validity of his scheme: with the cellarmaster’s valuable assistance, the first Franciacorta Vintage Pinot takes shape. The quality of every wine produced by Ca’ del Bosco is his doing, in large part. He passed in 1990.

Pinéro and Chardonnay join the family.

17m below ground level, a domed room is dug, from which the cellars in which the Franciacorta spumante and wines are aged branch out radially.

The Vintage Franciacorta is dedicated to Maurizio Zanella’s mother, the founder of Ca’ del Bosco, and takes her name: Cuvée Annamaria Clementi.

Crémant becomes a vintage spumante and its name is changed to Satèn. The Merlot is born.

Ca’ del Bosco joins the Gruppo Santa Margherita, headed by the Marzotto family, while retaining both the contribution of Maurizio Zanella (the current President) and its own identity and autonomy.

During the construction work for the expansion of the wine cellars, unique technologies for pressing and vinification are introduced.

Ca’ del Bosco, its vineyards and its wines are the stars of an exhibit at the Triennale entitled “11 photographers, 1 wine”. Later, Skira will be entrusted with the publication of the eponymously titled book.

The effort invested in the Carmenero wine project pays off: starting with the 2008 harvest, Carménère grapes are recognized and Carmenero obtains the IGT Rosso del Sebino designation."

Cuvée Annamaria Clementi Rosé is launched, with the initial vintage, 2003.

The Vintage Collection is born: the Franciacorta Vintage range, from the 2008 harvest, a revelation of the Ca’ del Bosco method. An exclusive approach that combines innovation, naturalness and quality, in the quest for a noble wine, a valorization of both varietal and terroir.

On 14 October, the Vintage Collection Dosage Zéro Noir is presented, featuring the 2005 harvest, the fourth in the vintage line, a Franciacorta ennobled by the title of “Reserve”.

On 9 November, the restyling of the Annamaria Clementi, which becomes a zero dosage, is announced.

Ca' del Bosco presents Cuvée Prestige Edizione 42, the 42nd interpretation of the multivintage that will be followed each year by a new edition in ascending numerical order. 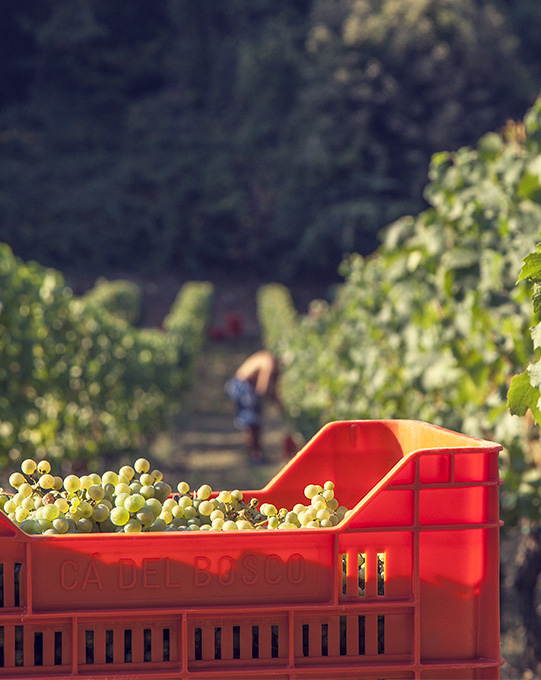 Using (...and cultivating) without consuming

Ca ’del Bosco stands for listening to Nature, for giving it a chance to express itself in every form with the help of man, who acts as the custodian of an extraordinary legacy – using the land without using it up. The Ca’ del Bosco Method results in products that find their identity only through an investment in the land that yields them, leading naturally to the adoption of organic viticulture.
And so it is Nature that decides. Ca’ del Bosco only helps it along, because our wine is already in the vineyards, just like Michelangelo’s David was already in the block of Carrara marble. Nature is power, and wine is its expression: Maurizio Zanella and his family are the custodians of the transition from power to expression. 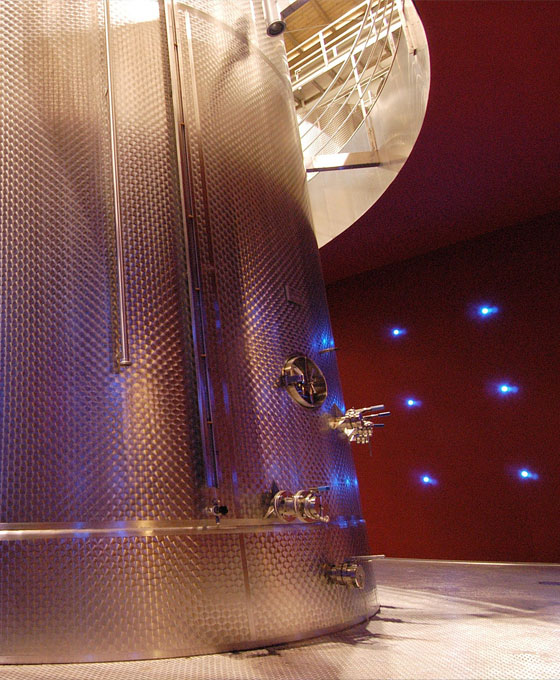 A balance between tradition and innovation

Ca’ del Bosco stands for innovation, in the sense of finding the best way to turn the forms of Nature (the vineyards) into a form of Culture (wine). In order to listen to the reality and complexity of Nature, Ca’ del Bosco invests in innovation, research and technology, so that man’s knowledge will exalt the soil’s potential. Washing grapes and eliminating contact with oxygen through new, patented methods is the exact opposite of an intrusion of technology in rural customs: it means eliminating all that which is superfluous or artificial, which interferes with our understanding of the esthetic potential of our lands.
Technological innovation is only today’s term for what we will call tradition tomorrow. Ca’ del Bosco stands for the courage to admit that if we respect a tradition, it is only because someone in the past was bold enough to innovate. 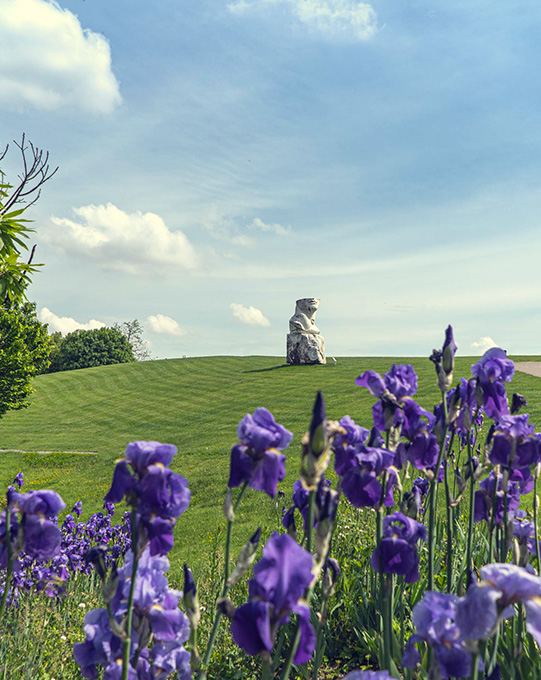 Art and culture as valorization

Ca’ del Bosco stands for investing in art, in the integration between concrete matter and spiritual consciousness. An impressive coterie of artists, photographers and writers have collaborated with us on cultural and educational projects, and it is our hope that this will not only continue, but expand.
We aspire to animate the idea and the passion for detail and the defense of beauty, the story and the narration of the spiritual composition of our wines through alternative communication channels that promote biodiversity and the local environment, in line with a Ca’ del Bosco keyword: contemporary. 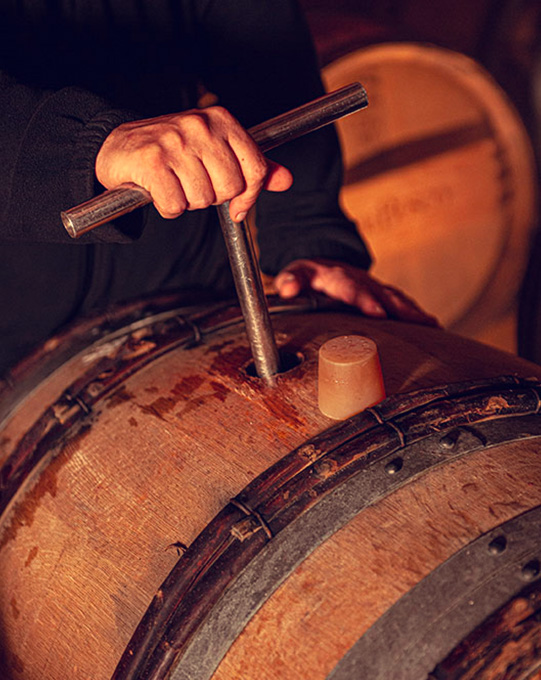 Finally, Ca’ del Bosco also stands for investing in ethics, in a value system that has allowed us to become an international point of reference without ever forgetting the spirit of the entrepreneurial vision that led us to cultivate not only vines, but also human relations: the people who work at Ca' del Bosco, our social welfare projects and above all, not merely rhetorically, a profound education in environmental sustainability and in the principle of Made in Italy.
Ca’ del Bosco is the final outcome of a complex alchemy between artisanship, manual labor and reliance on the unique excellence of Italian produce. Transforming this product-centered culture into an ethical business culture is the challenge we face: projects ranging from ecology to social welfare that transform a special place like Franciacorta into a laboratory for the creation of a better tomorrow, serving as a showcase for the international community.